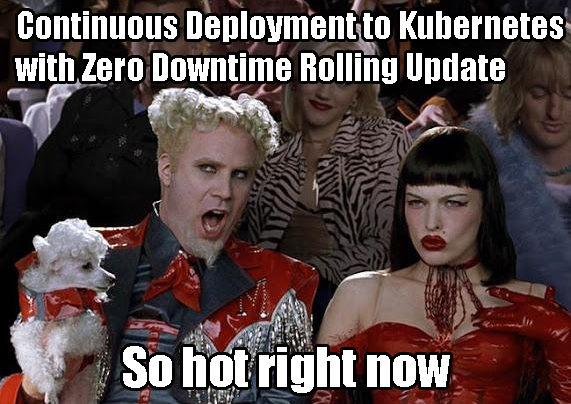 It is common to extract the application configuration to a separate file as a runtime dependency of the container image that includes the application binary. As a result, the same image can be used (thus “promoted”) across different deployment environments, from dev to staging and prod. Kubernetes offers native support to do exact so, but not without some caveats that I hope to carve out for you.

The Kubernetes Deployment is an API object that manages a replica set of Pods. A Pod is a collection of one or more containers and is the smallest atomic unit to be provisioned. A replica set includes a set of identical Pods and ensures the number of replicas conforms to the desired state. The Deployment enables rolling upgrades of your applications with zero downtime by gradually scale out a new replica set of the app with the new version and scale down the old replica set. Hence, the Deployment object has been the de facto way to manage the application life cycles.

ConfigMap is another Kubernetes object that essentially represents a set of key-value pairs that represents a configuration. It can also represent a file with the key as the file name and the value as its content. To be accessible to the application, a ConfigMap can be mounted to a Pod as a volume in the file system of the container. You may create/update a ConfigMap with

The first trick to share is the dry run piping into apply. If there is an existing configmap with the same name, kubectl create will fail, but there isn’t a way for us to update configmap from file like we could with kubectl create. The dry run pipe make updates possible.