A Brilliant Hack: Why does Layer 2/3 Checksum use 1’s Complement, Not 2’s 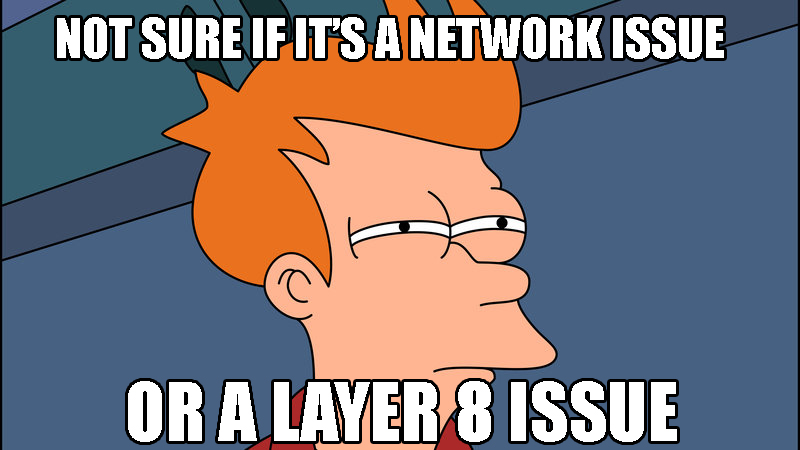 Two’s complements seem to have taken over the entire computing world. Some major reasons promoting two’s complements include that the adder in ALU on your processor is the same for both positive and negative operands, that the same adder could be used as subtractor easily, and that there is exactly one way to represent the value of zero.

Nonetheless, the error detection checksum makes the conscious decision to use 1’s complement even when its host ISA uses 2’s. A refresh on the checksum algorithm:

Notice that the receiver does not sum over payload to see if it equals the sender checksum, but rather the sender sends negated sum and the receiver sums (payload + checksum). Checking if all bits are ones are super easy and quick by checking if its negated value is zero, a property that is only true if one’s complement is used.

Perhaps such implementation is slightly faster than that using two’s complement, but I found the explanation so far unsatisfactory. I did some more digging. I realized the performance boost from using 1’s complement sum is endianness independent. Endianness matters because for a 16-bit checksum, its bytes are swapped when read from link to CPU. Different hosts use different endianness. Using 2’s complement in checksum mandates calling ntohs and htons on EVERY router along the way. 1’s complement does not need to reorder bytes. It asserts the final sum has all bits of ones. Blazing fast, and a brilliant hack.

« Service API Changes: Prefer Blue-green Update to Rolling Update Advices I wish I got at the start of my career »